HomeBlog3 Lessons We Can Learn From the Queen of Tennis, Emma Raducanu 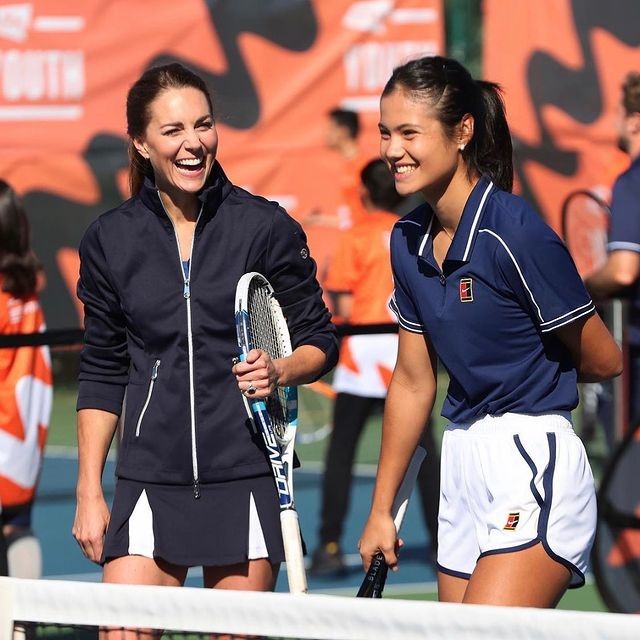 In 1977, Virginia Wade became the first British woman to win a Grand Slam single’s title. The UK had been patiently waiting for history to repeat itself, and it finally did. On 12th September, Emma Raducanu defeated Leylah Fernandez and became the second British woman to claim a Grand Slam single’s title. By taking home the US Open championship trophy, Emma made the entire nation immensely proud, and we’re still reeling from the magic and enchantment of her victory!

At Cambridge Home School, we’re focused on helping our students secure top grades and enjoy a healthy school-life balance. By encouraging them to play their favourite sports, including tennis, we help them become all-rounders. Needless to say, when 18-year-old Emma bagged the US Open championship, we couldn’t help but envision one of our students following in her footsteps one day. In this blog, we’ll take a closer look at three lessons we’ve learned from the queen of tennis, Emma Raducanu!

Emma Raducanu started playing tennis at the age of five. As a child, she was deeply devoted to the sport and played extensively to polish her skills. In the beginning of 2018, she won the ITF Chandigarh Lawn Tennis girls tournament. Once she went pro, her career took off because of the consistency she carefully maintained growing up.

Emma always made time for tennis and stayed on track despite struggling along the way. If there’s one key lesson we can learn from Emma, it’s that consistency always pays off. Once stagnancy and complacency are carefully avoided, consistency becomes a routine that takes you to great heights.

2. Resilience Is One of the Keys to Success

Tennis players are known for their resilience. As a Grand Slam champion, Emma exhibits the same resilience both on and off court. On court, she plays exceptionally well and brilliantly recovers from her losses instead of letting them get to her. Like Naomi Osaka, she has a strong focus on mental health and creates a healthy balance for herself.

3. Education is Always a Priority

While Emma has deferred a spot at university to focus on her career, she has a razor-sharp focus on completing her education in the future. Emma plans to pursue a degree in economics in the future. She secured an A* in Math and an A in Economics in A Levels, and has every intention of returning to school one day and continuing her academic growth.

Take a closer look at our four homeschooling programs: Primary Prep/Key Stage 2 (ages 8 to 10), Lower School/Key Stage 3 (ages 11 to 13), Upper School/IGCSEs (ages 14 to 16), and Sixth Form/AS & A-Levels (ages 17 to 19). When you’re ready to make the switch, browse through our admissions process and term dates.